A culture of quality & innovation from design to production. 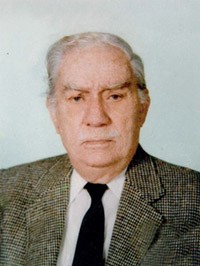 Vedat GENÇTÜRK, who has contributed to the Turkish economy and industry throughout his life, started his working life with his father when he was 13 years old. Vedat GENÇTÜRK started his business life in Ankara from a small shop that produces and sells cologne, essence. During 1938-1950 he worked both in trade and various businesses.

At the beginning of 1950, with the name of GÜLTAŞ company, started production of beauty preparations under the license of French company COTY Cosmetics. Then he made sector changes in parallel with the changement and development processes of Turkey.

In the early 1950’s, the Dutch company with the license of the company “Oce Netherland BV” produced the first “Diazo Copy Paper” in Turkey. This production continued until 1986. In our country, we continued to produce photographic printing paper and x-ray film at the address at Istanbul, Tophane, Lüleci Hendek Street, named “Vedat Gençtürk Heliographique Paper Factory”. The production of stationary PSA tapes, diazo copy paper production and special coatings such as adhesive paper started just at the beginning of 1963 for the first time in Turkey. 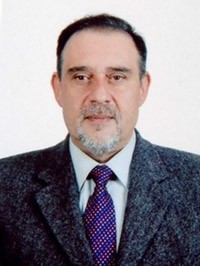 In the beginning of 1965, the entire facilities were moved from Tophane to a new 10.000 m2 factory with new investment built in the new area of Istanbul Küçükçekmece Sefaköy. From 1968 onwards was started to manufacture solvent-based, self-adhesive products with the changing needs and demands of all sectors.

In early 1971, labels and flexo printing machines started into exploitation. Since 1973, with the title “Ve-Ge” and with the registered trademark “Oto-Copy”, have been starting the production of physical reactive copy papers; From 1978 onwards, hotmelt and water based adhesives and silicone release techniques were applied.

In 1981, started the production of “Oto-Kopi” papers, which were the first chemical reactions and with self-copying producing in Turkey. Then in 1989 thermal and fax paper was produced.

On May 25, 1992, our Founder Osman Vedat GENÇTURK passed away. He will be eternally remembered with utmost respect. ∞

Ömer Nail GENÇTÜRK stepped in as chairman of the board following Osman Vedat GENÇTÜRK’s passing, and continues to lead Ve-Ge into the future today.

The first “Ozalid Paper” in Turkey began production under the license of “Oce Netherland BV” from the Netherlands.

And again for the first time in Turkey, photography printing paper and x-ray tape production continued under the name of “Heliographique Paper Factory” at the address of İstanbul, Tophane, Lüleci Hendek Caddesi.

For the first time in Turkey, self-adhesive paper and tape trial production was started at the same location.

The facilities moved from Istanbul Tophane to the factory which was built in the newly developing area of Istanbul Küçükçekmece, Sefaköy.

Ve-Ge started to manufacture solvent-based, self-adhesive products with the changing needs and demands of all sectors.

Ve-Ge started to produce physical and reactive papers under the registered trademark of “Self Copy”.

Hot-melt and water based adhesives and silicone release techniques were applied.

The production of “Oto-Copy” papers began, which were the first chemically reactive self-copying papers produced in Turkey.

Wood-free paper production capacity was increased to 50.000 Tonnes per year with improvements in quality.

Wood-free paper capacity was raised to 60.000 Tonnes per year.

All paper / PSA tapes facilities were moved to İzmir Kemalpaşa, just next to the Wood-free paper facilities. Currently Ve-Ge produces tape and paper products in İzmir, with all its machines renewed and its capacity expanded.

Wood-free paper production capacity raised up to 85.000 Tonnes per year.

Our Ankara Sales Regional Directorate was moved to the address of Ostim Timko Business Center in Ankara by creating a Ve-Ge point sales store concept.

Foundations of our Ve-Ge 2 Tape production facility were laid.

Our Research and Development Center approved by the Ministry was put into operation.